How Expensive Will It Be to Hire Ukrainian Web Developers in 2017?

Find a good web app developer today isn’t easy. Especially if you don’t know what specific skills and experience he should have. The cost to build a website can vary quite dramatically, depending on the web design and technology that you choose. Most websites are larger and more complicated. So, they require more time and additional skills to build them. It is handy to know what things you should think about when planning your website and how this can help you when you brief your potential web developer.
That’s why having seen how in-demand software and web developers are, you're probably wondering how this high demand translates into dollars. According to the PayScale statistic devoted to the average salary of web developers in the world, the graph below shows that the average web/software developer salary in the United States is the highest globally, at around $90K. Meanwhile, Ukrainian web/software developers command salaries almost three times lower than those of their American peers — around $27K per year (according to Ukrainian web portal DOU statistic). 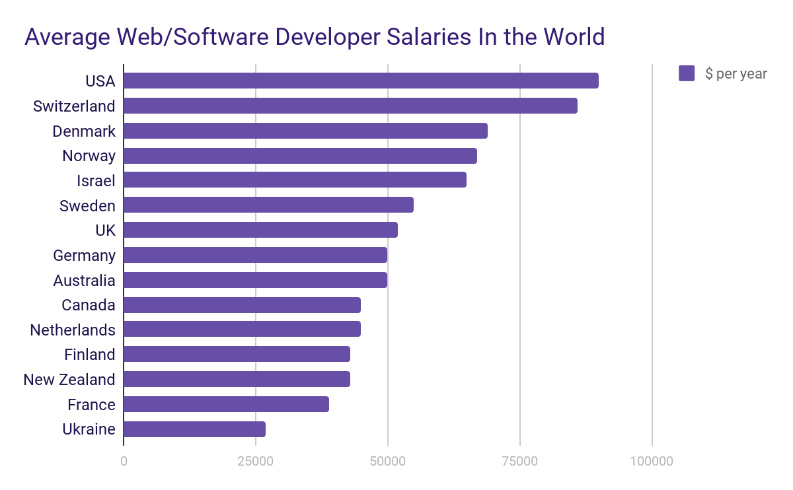 At the same time, Ukraine has the largest tech talent pool in Europe, convenient location, and more science graduates than Sweden, Norway, Japan, and other countries prized for innovation.
As US famous IT businessman Brett Wilson wrote about Ukrainian Web and Software Development business. “The Ukrainian IT sector is impressive. As one of the largest industries in the country, Ukrainian IT industry is a key component of its future economic success. Today, the volume of software export and web development from Ukraine is about $ 2 billion in a year”.

The export volume of Ukraine’s software and web development industry reached at least $2.5 billion in 2015 (number 3 export sector), showing double digit growth year after year. This is just a fraction of the country’s potential, taking into account its large and skilled workforce, economists predict that the two billion industry will grow by 85% within the next six years. Also, the US market is the main destination for Ukrainian IT firms, with an estimated 80% volume of exported services.

I should mention that Ukrainian IT NEWS has claimed that far from completion, the Ukrainian reform effort is significant, with several e-government projects launched in 2015. Important legislative changes are expected in the short term in the field of IP protection, in line with the 2014 Association agreement signed with the EU. IT service export regulations are to be simplified, while local IT companies will be better protected against bureaucracy and corruption.

Talking about technology, we also compare how the prices in the web development the USA and Ukrainian job market depending on the programming language. According to information from PaySkale the highest paid skills are the following: 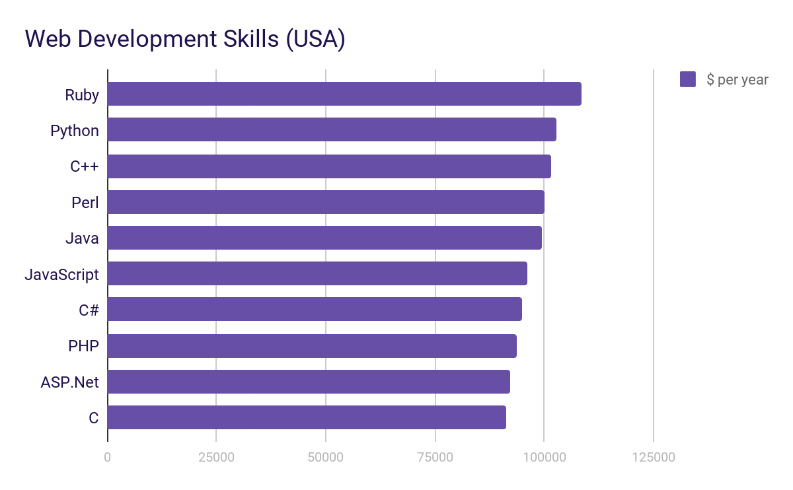 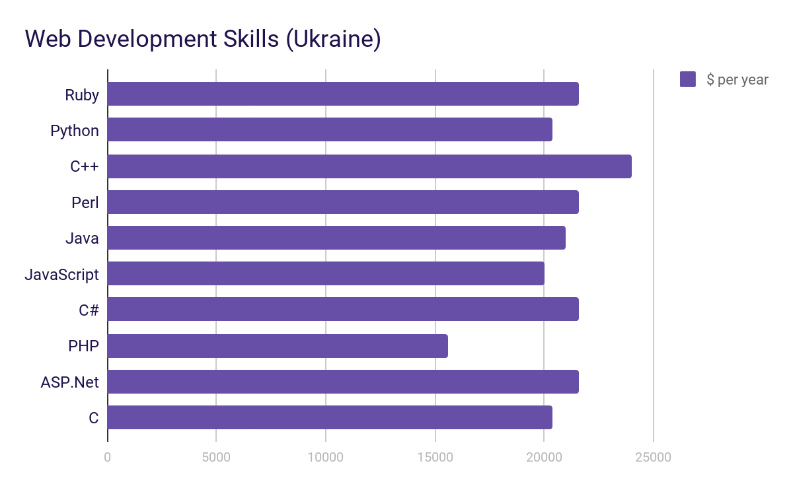 What Are the Most Popular Programming Languages in 2016–2017? 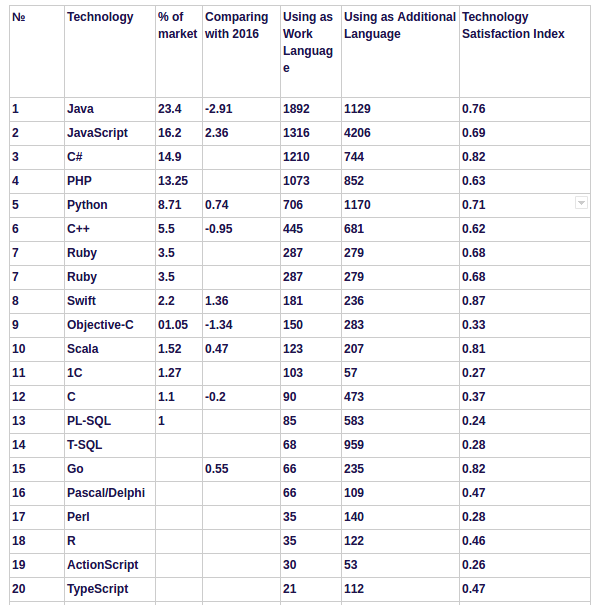 The next step is analyzing the implementation sphere of these technologies. The useful source of information to consider, is the IEEE Spectrum. This is a resource that determines popular programming languages via weighing up many different factors, such as the amount of job site listings, current search trends, or open-source hub projects. Here’s what they determined for 2016. 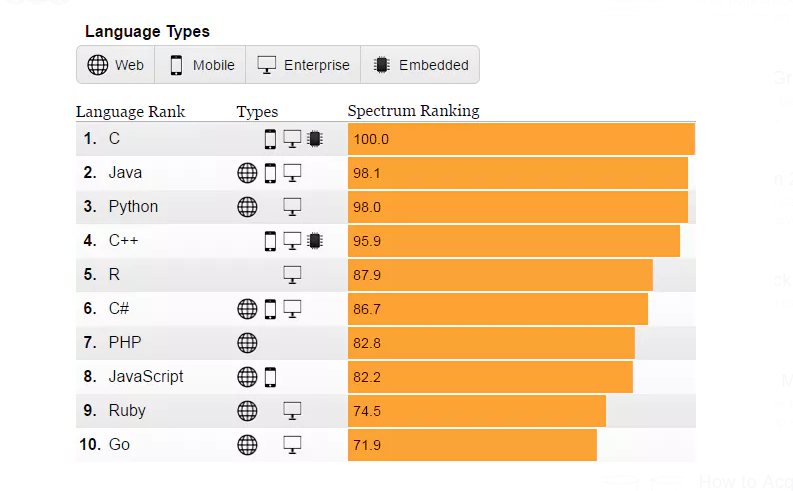 Hiring suitable web developers have always been a challenge for CIOs, and 2017 isn’t any different; the key languages in demand are likely to stay in such a position. Around 63% of leaders in the IT industry expects 2017 salaries to remain close to their 2016 equivalents, and 1% believe the worldwide average salaries will actually drop. Many young developers are entering the web development industry with knowledge in C, C++, Ruby, and JavaScript, which will certainly have a positive impact on the space.

As you can see, there are a number of factors that influence on the cost of a web development project and the salaries of web developers. Actually, it can be subjective and quite difficult to predict the cost. So, there some factors that have impact on the price not only Ukraine but around the world:

Actually, there are more factors influenced on the costs. As a well-established web development agency, we have a great work experience with customers from the USA, Europe, and Australia. So, our team’s advice is to consider if the enticement of saving a few dollars is worth the inherent risk in trying to find a cheap but competent developer.