Yep, 2016 is coming to an end, and it’s time for thinking about what comes next in 2017. SEO world doesn’t stay still. It’s always developing, and what was relevant this year, in the coming year could hopelessly outdated.
What has changed in the SEO of 2016? This year had been held under the auspices of white search engine optimization rules. Websites developing with an eye to the existing reality, the competition and the needs of consumers are popular. But, recent changes have occurred in the SEO last time. Before you know, what awaits us in the new year, let's view the main trends of the outgoing years. I take into account Google search engine as it’s the most popular. (according to MBA statistics http://www.ebizmba.com/articles/search-engines).
Many SEOs feel extremely puzzled when they hear the phrase "Google updates its algorithm". But there is no cause for stress or anxiety. Primarily all updates are aimed at filtering sites that have not passed other ranking factors and are filled with low-quality content. It’s generally agreed, that the algorithms and the updates came with so-called Google Dance (2000) and has been continuing since Google ToolBar PageRank. Recently there were a huge number of updates, but did they all influence on the ranking extremely? Definitely not.
Let’s make a brief overview of the most influential algorithms and updates lately.

Navneet Panda developed this algorithm. It was rolled out on February 23, 2011. The principal task of the Panda was ranking only the best-quality sites and lower in ranking sites with non-unique content. Updates of this algorithms appear approximately every month. In general, the Google Panda has been created to check the content on the site and spammed keywords. Panda changes a lot the search engine optimization strategy. Thus, sites filled spammed keyword text began using a unique content.

This algorithm was started on April 24, 2012. It fights with sites using black SEO techniques to increase positions in the search results. The main reason for the punishment of web resources is the excessive using of low-quality links with commercial anchors. This Penguin has punished quite hard violators and was relatively safe for normal SEOs. On may 22, 2013 there was one of the most significant updates. 2.3% of searches were dropped in the rankings. Penguin forced to change the way SEO strategy dramatically. After that, there were updates 2.1. and 3.0. 2013 and 2014. They allow you to identify spam in a short period of time. A new update Google Penguin filter 4 has come in September 2016. Its nickname is Real Time Algorithm. Penguin 4.0 monitors and analyzes the low-quality reference profile and link building strategy in real time. And here’s one benefit, if search engine specialist uses gray SEO methods, the algorithm simply will ignore them. 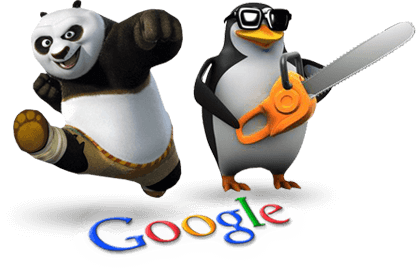 This algorithm has been specifically designed for the search engine understanding the users’ queries. It came out on August 20, 2013, and was based on semantic search.

Google Pigeon appeared on July 24, 2014. It’s one of the latest algorithms developed for local search. The changes affected the search results displayed on Google Maps with an organic issue. This filter presents the websites based on the business geographic location. This is another one filter influenced on the optimization strategy. As Webmasters say key factors of SEO strategy are distance and place. Local directories and websites have received a significant advantage in search results. 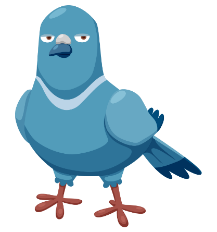 This filter blocks sites that have infringed copyright. The update was submitted on August 2012. Pirate punished sites with complaints from copyright holders.

In 2015, Google announced a new algorithm, its task was the ranking of sites on the mobile search results. Sites adapted for mobile devices have received a definite advantage in the search results.
Well, we have identified the main factors have influenced on the SEO strategy. Now, let’s consider what to expect in 2017. 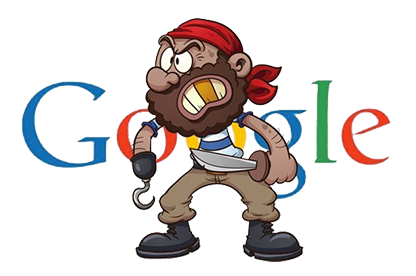 Handheld is a new trend

Paradoxically, the greatest effect on SEO has the smallest thing. What’s this? Mobile, users are now increasingly moving away from their desktop to the direction of the handheld device. They buy things, order a meal, conduct search, and exchange views by means these devices. Web developers should take into account this factor to achieve top ranking positions. Web resource, adopted for mobile is the key to success in 2017.

I continue the theme of mobile devices and their impact on SEO. Using the Internet 4G and LTE can certainly accelerate the download site. But not all smartphones are ready to do the task even when there is such a powerful tool. So, come to the aid AMP (Accelerated Mobile Pages). AMP allows you to create content optimized for all mobile devices with a special HTML code. And script places it immediately. It can significantly reduce the load time of pages for mobile devices.

Patience is the virtue of the good in a person's life. Really? But believe me, when we talk about site speed, it doesn’t work. Who wants to sit 10 seconds and wait until the boot page. Users expect the shot loading, search engines take into account these expectations. In 2017 you will need to consider what factors will have the impact on the loading speed of your website. Well, for example, animation, video, multimedia messages. And when buying a server, too, must take into account how fast it allows you to upload the site. Avoid slow-loading as an evil. The system does not sleep, it monitors user behavior on your site.

In the article, I’ve mentioned about the keywords and their influence on ranking and content quality. What monitors site content? Let me remind you, our beloved cute Panda. Yes, this algorithm selects sites pages with high-quality keywords, text useful for users and relevant for the search engine. In 2017, the quality of content is another significant factor during the promotion. Nobody wants reading a repeating, stolen content. Do users stop to like reading? The opposite seems to be true. People like to learn, get new information packed in a colorful wrapper. Quality should be greater than quantity. That's your recipe for success.

Every business is faced with such thing as the huge world, especially medium and small companies. They think ‘Ouuu, how my customer can find me, there are so many equal businesses around the world’. Google helps them (especially not only Google). According to statistics, users are interested in a certain type of goods or services situated locally. It is easier for them in a radius of 50 miles to find the necessary products. In 2017, the local ranking factor becomes more significant. How to promote business with the local network? You can use keywords relating to your location. And you can use Google My Business function. Exactly, there are a lot of ways. Remember, the search network is loyal to a site with a clear location.

Maybe it sounds like a cliché, but the originality is very valuable product today. In 2017, consumers are looking for innovation. Creativity is not just an idea, but also it’s implementation. Try non-standard methods of providing information. For example, instead of plain text, create infographics or videos. The users will definitely be an unusual approach to their liking. And your life is a good move up. 2017 is the year of interactivity.

These days popularity of voice Siri or OK Google queries is increasing. Now, SEOs need to think, what users type and what they say and how well. So, the most frequent questions are "who", "what", "when", "where" and "why", according to Google statistic.
Begin to answer the questions
All search engines respond to questions. If your web page answers the user questions, search engine ranks a site higher than another web resource. Consumers use Google to answer their questions. Use its special items and content keywords to answer questions, and you’ll help to increase ranking position.

Conclusion
In 2017 SEO is one of the most important and powerful tools for digital marketing. You will be able to achieve significant success in search engine optimization and attract more potential users, following this simple rules. First of all, listen and determine users needs by means queries. Optimize your web resource for mobile devices and be attentive to content quality.

What's SEO, and what does it do?Easy way to implement GA code in your Rails appWhat is the difference between GTM and Google Analytics